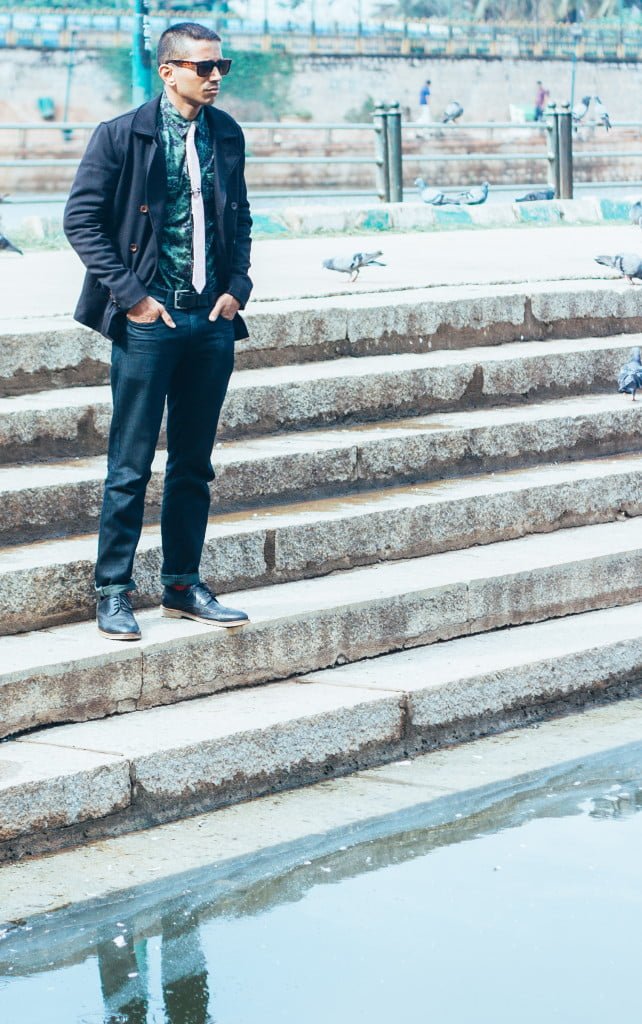 On Sunday mornings, I like to sit by the lake near my house in a black pea-coat and feed pigeons, waiting for top secret documents like Robert Redford in Three Days of the Condor. Joke. I do not like pigeons, they walk funny. But cold mornings are probably the only time I can actually wear a pea-coat, thanks to the blazing summer that has already set in. Thankfully, it has been raining for the past three days here so this outfit works in the evenings as well, as long as you stay dry. With the monsoons and colder weather coming up, outerwear becomes a necessity. So let’s take a closer look here. 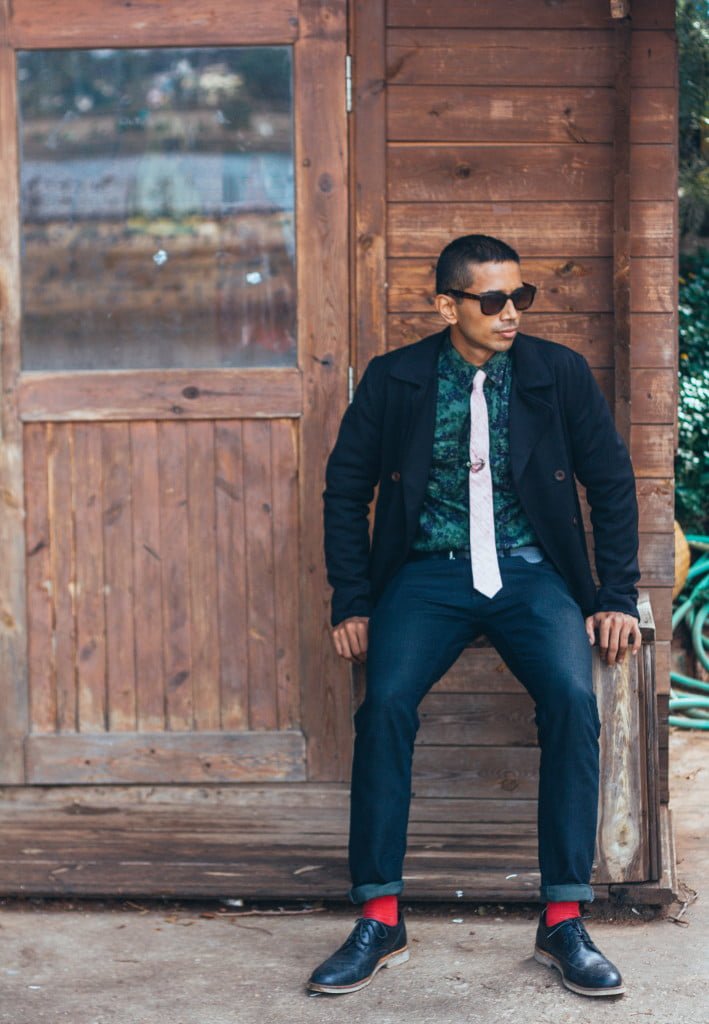 The first thing you notice will be the contrast the tie I’ve used lends to this outfit. A light pink tie can do wonders to any outfit, provided you know what you are doing. Of course, there will be people who will talk about pink being ‘girly’ and how it doesn’t work for men, but as you can see, if it works with black and camouflage, it can work with anything. Naysayers can shun pink all they want, but I am all about bringing back colors into men’s wardrobes. When worn with confidence, any color works. Pink socks don’t hurt either. Note how the colors get darker as the eye moves from top to bottom. I feel that it’s an interesting touch that can make outfits more effective. Black denim is a menswear staple and I prefer it over the more popular blue variant though it doesn’t age as gracefully as the latter. This is simply because it makes for a great substitute for black dress pants on colder days. 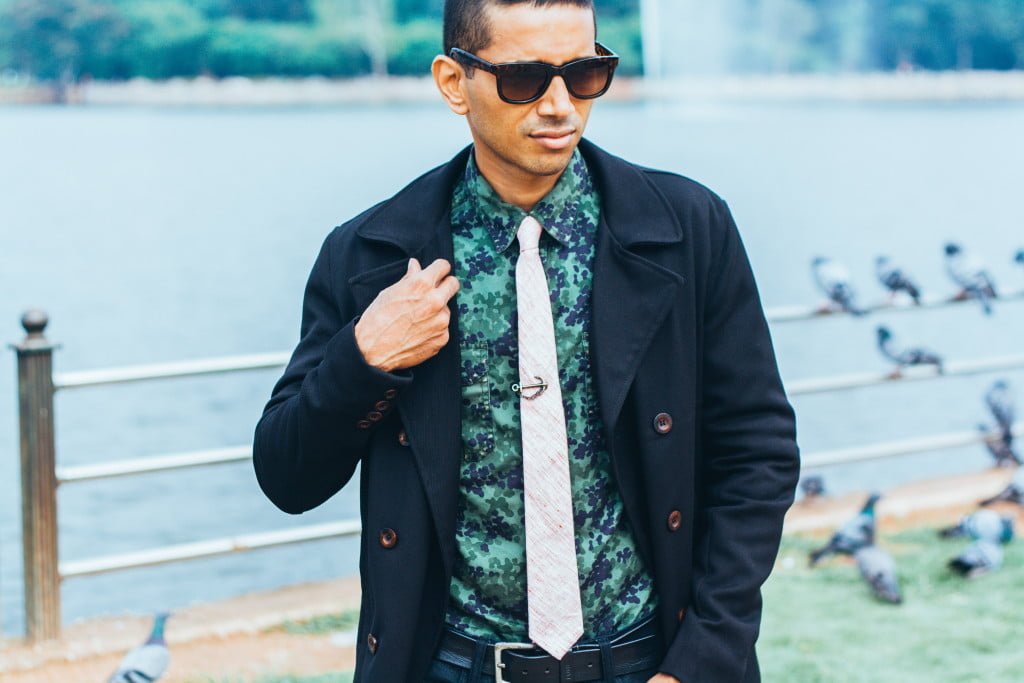 The pea-coat is a utility coat that has been worn by sailors since the early 18th century. A simple design that has remained relevant to this day and looks just as great with a tee and jeans, as it does with work-wear. The large lapels and the double-breasted construction make for a very vintage look, yet when paired with modern pieces such as the printed shirt here, instantly appear contemporary. A very versatile item to own indeed. 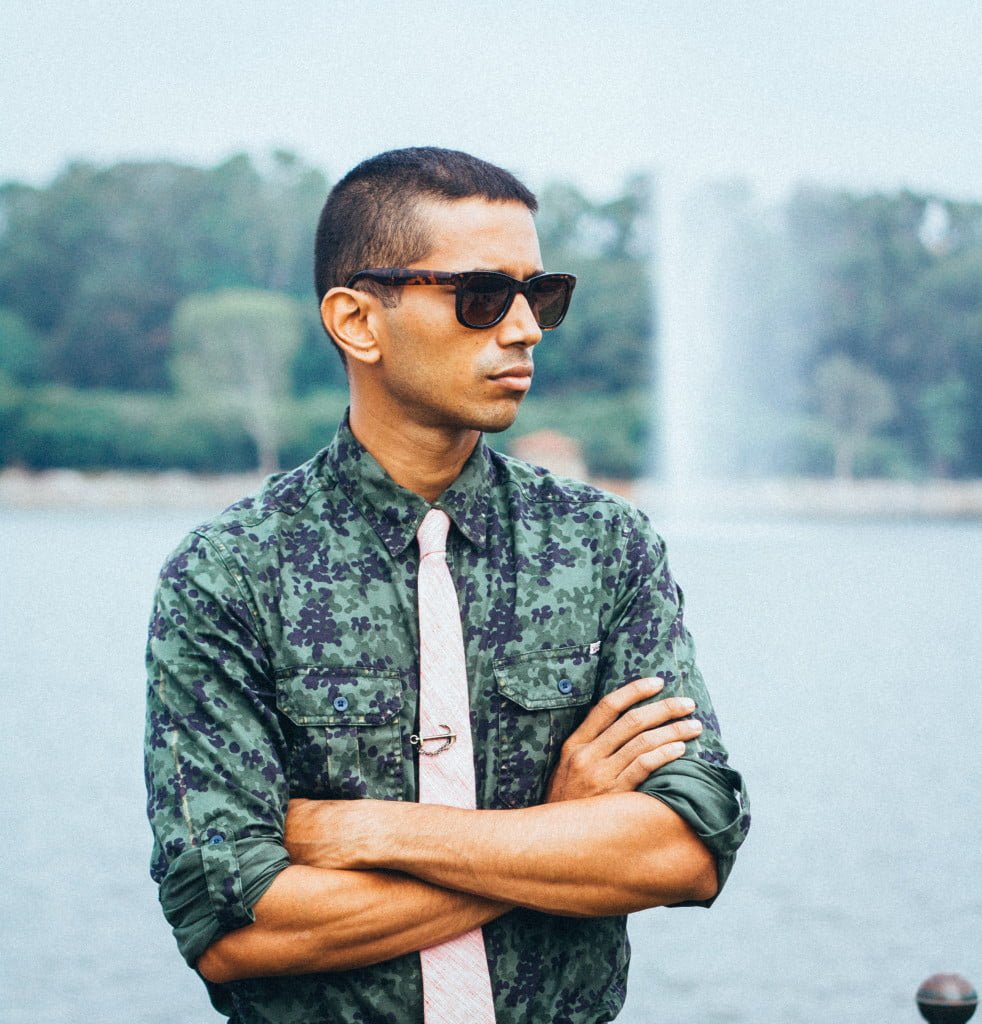 Camouflage is animal print for men they say. I say animal print is animal print for men. Accept no replacement. The camo shirt works well with the pea-coat, harking back to its military beginnings. Most sartorial traditions actually do have military roots and these can be adopted to a man’s everyday style. Camo works best when paired with neutrals in classic silhouettes, such as the black brogues and the denim in this outfit. The trick is to keep it subtle without looking like you are going to war dressed this way. So keep the camo to a single piece or two at maximum in your outfit. 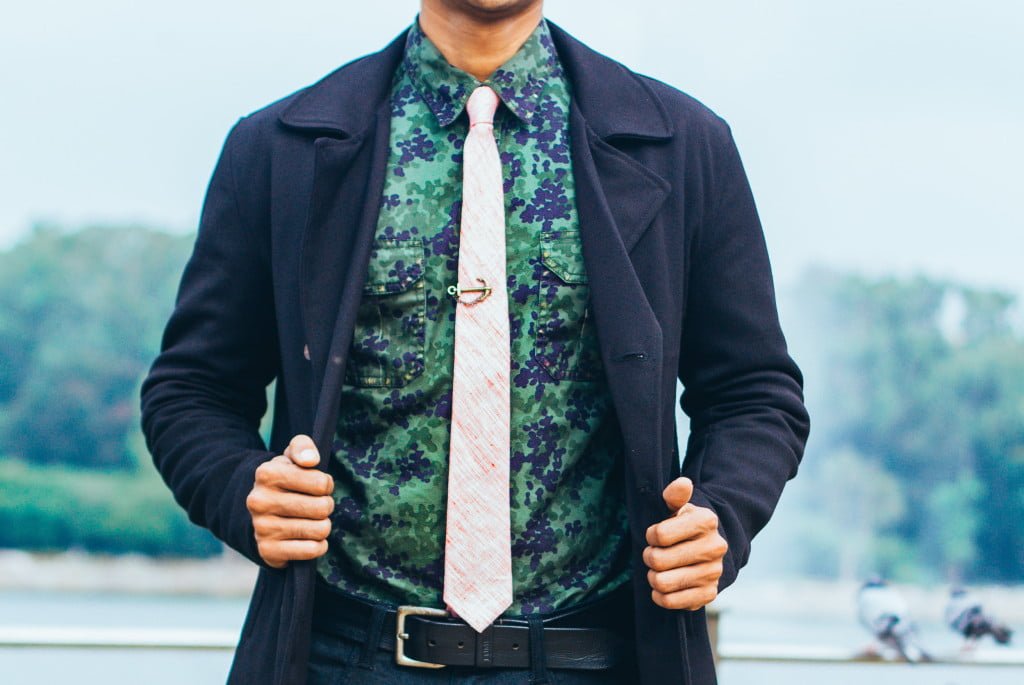 In conclusion, calling the ‘military’ style a trend is simply wrong. Menswear would be in a very different state if it hadn’t been for the influence uniformed men and women have had on clothing.  Incorporating well tailored military staples into your wardrobe is important as these pieces are extremely versatile and can really change people’s perception of who you are. 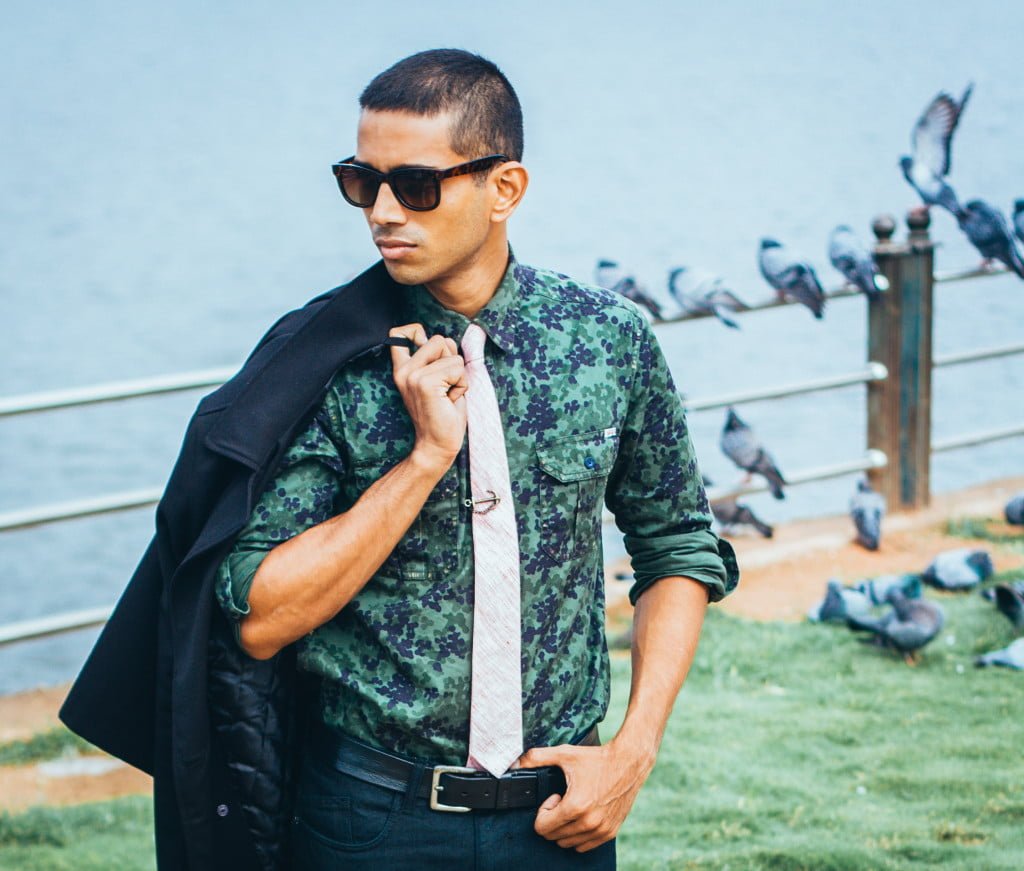