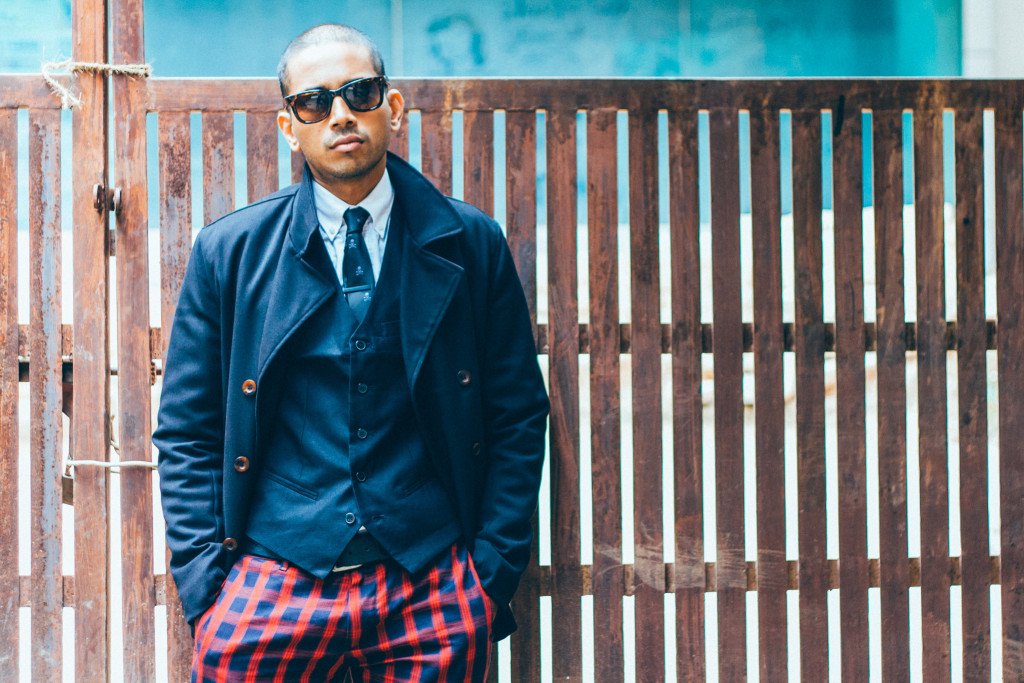 This is not an article about looking like a hipster lumberjack. Red and black plaid is a great pattern that throws a colorful punch. As part of my ongoing monochrome series, let’s see how plaid fits in as a menswear essential. 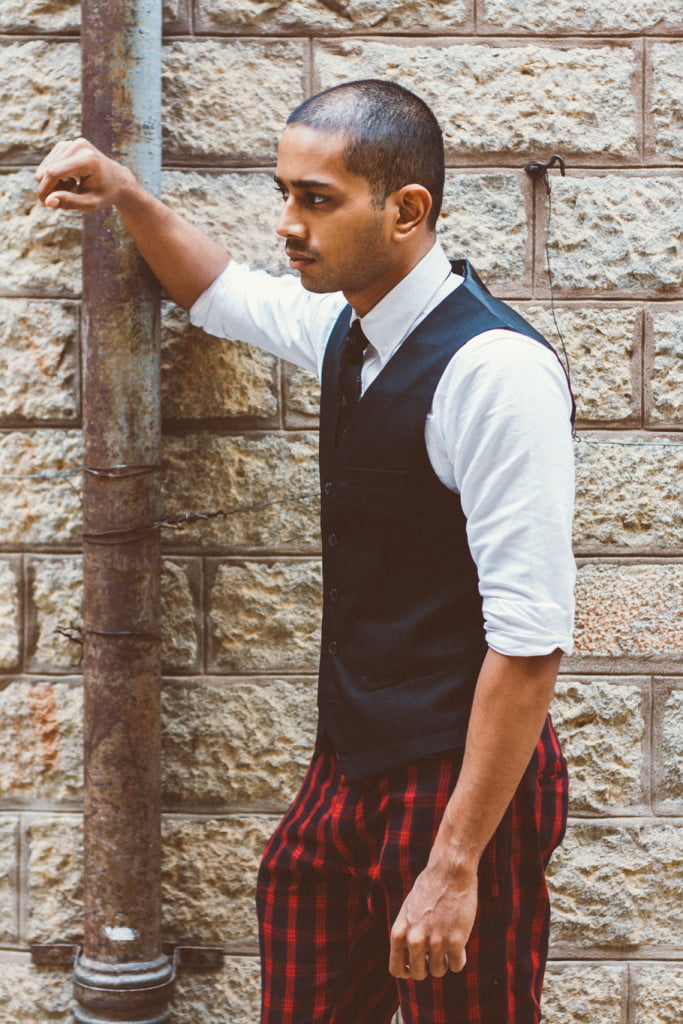 The lumberjack check is an instantly recognizable pattern that has its origins in Scottish tartan. This pattern was banned in Britain under the Dress Act during the 18th century due to its rebel uniform association in the Scottish Rebellion of 1745. It was rendered legal in 1782. 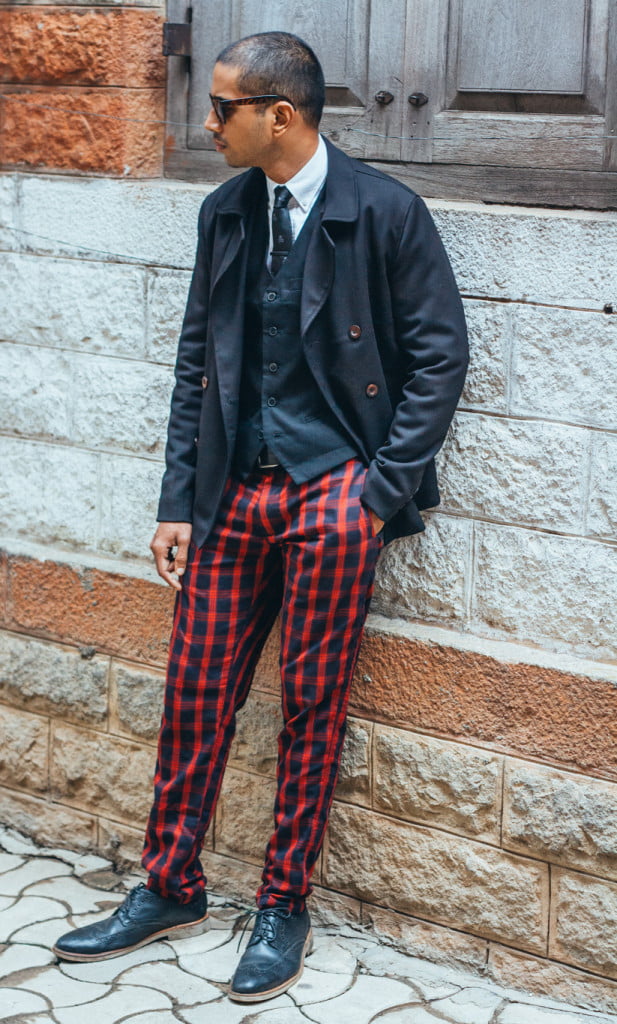 Wollrich Woolen Mills popularized Buffalo plaid in the 1850s and that is when it became a staple of the working man’s wardrobe. This included lumberjack’s and buffalo hunters. When working with a loud pattern like this, it’s better to pair it with muted colors like black & white because the pattern makes enough of a statement. Never go full plaid. It may have been ‘in’ at some point, but in my opinion it just looks horrid unless you have mad pattern blocking skills like  Alicia Silverstone in Clueless.

Long before it was associated with millennials trying to look tough, plaid was a staple of the emerging British Punk scene and of the Grunge movement of the 90s. Royal Stewart Tartan was a popular pattern for the fashionable rich of British society in Victorian and Edwardian times. In fact, it was the personal tartan of Queen Elizabeth II. Punks re-appropriated the plaid as yet another way to show their dissatisfaction with the way things were. Plaid flannels became the unofficial symbol of Grunge in the 90s with the rise of bands like Nirvana and Pearl Jam. Thus, plaid is probably the most counter culture pattern there is. And I think a modern day pirate would totally rock this tie. 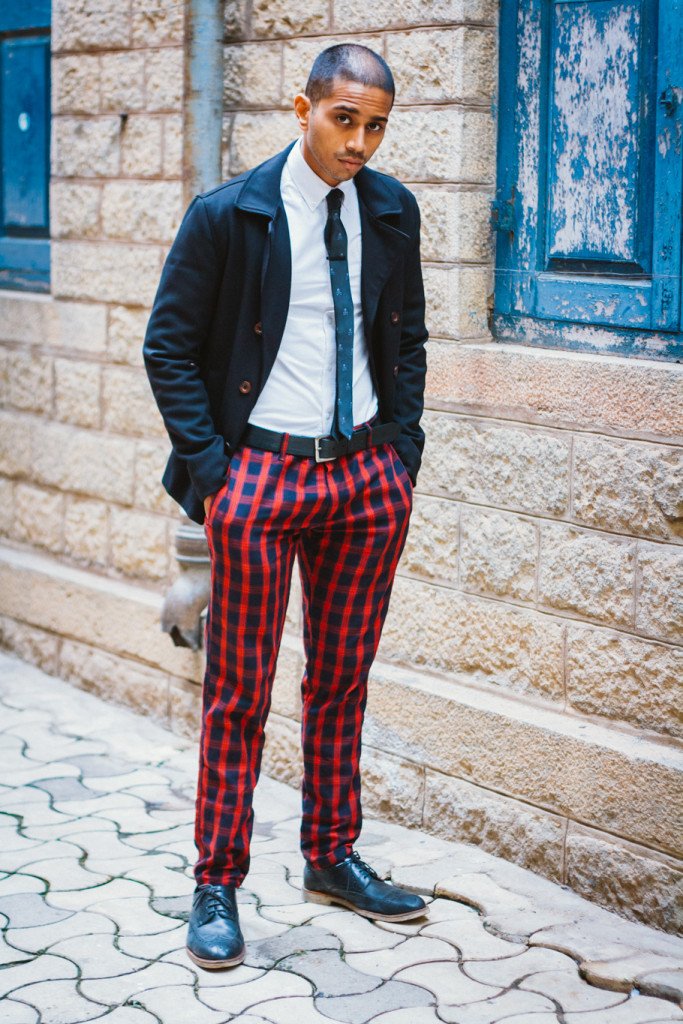 Here’s another look at this outfit, minus the waistcoat. Another thing I must clear up is that Plaid and Flannel are not the same. Plaid is a pattern and Flannel is a kind of soft woven cotton, that most warm fuzzy plaid shirts seem to be made out of.

So there you have it. This turned into more of a history lesson than anything, but I feel that it is very important to know what you’re wearing and whether it fits your image or not. So if your style is played out, invest in some plaid today! 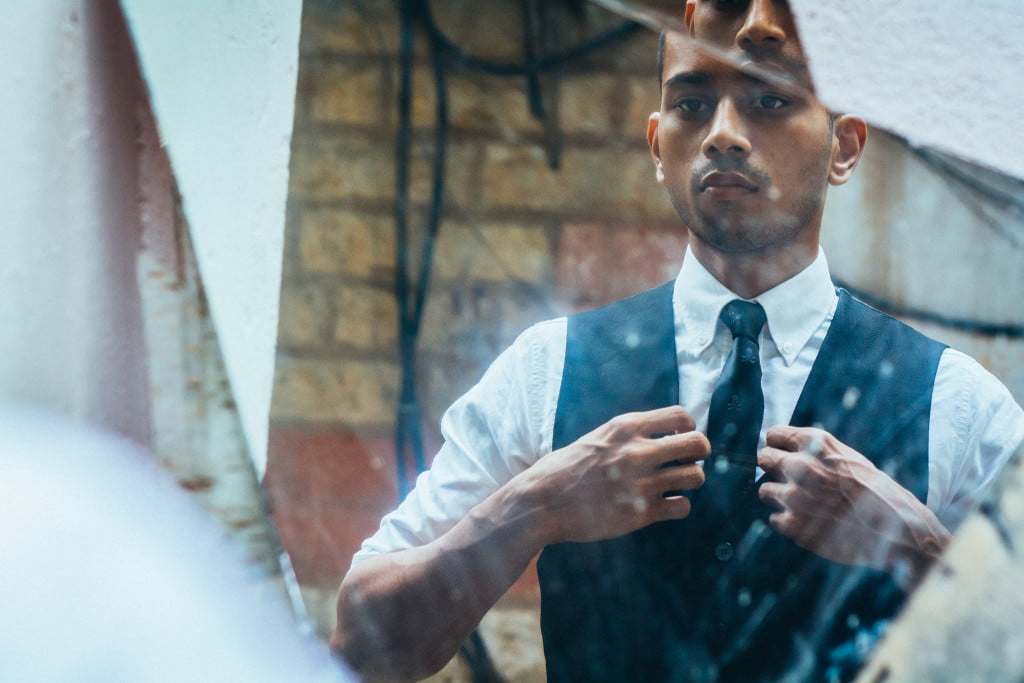 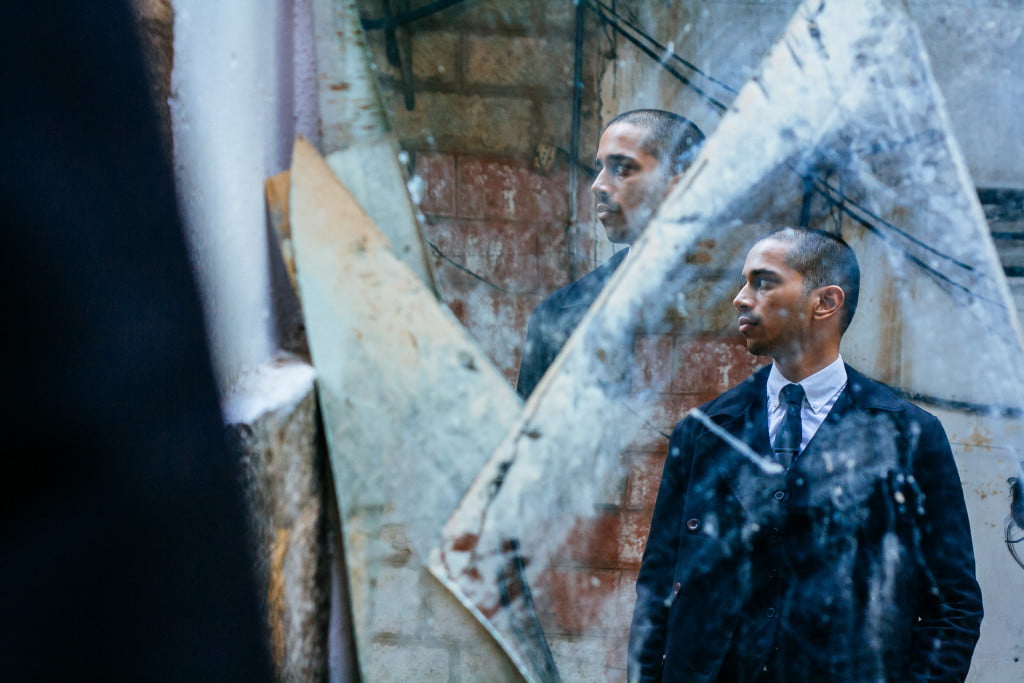 PS: The Card Cheat is a track off The Clash’s groundbreaking album, London Calling.