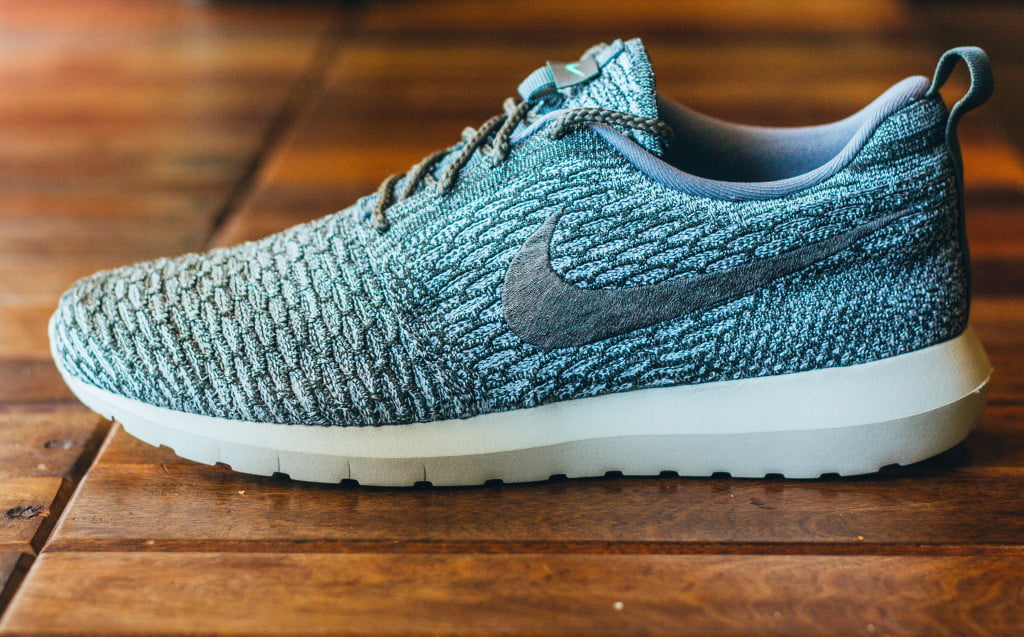 Welcome back to Sneaker Sundays! Last week we had a look at the AJ1, a sneaker that changed the game back in 1984. Today we take a look at something much newer, the Nike Roshe One Flyknit. Seen here in the Wolf Grey/Sequoia colorway, this sneaker is guaranteed to turn heads. But there is much more to this pair than just looks, as you will see soon. The Roshe silhouette was designed by Dylan Raasch for Nike Sportswear’s 2012 line and since has seen multiple variants including a mid-top, a sneakerboot and a woven shoe, in hundreds of exciting colorways. This is a silhouette I love for its utilitarian simplicity, which comes from its basic design inspired by the Zen masters or Roshi’s. The name had to be changed to Rosh’e’ for legal reasons, and probably this guy, but it is still pronounced the same. The outsole bottom resembles stepping stones in a garden, and the insole too was made to look like raked grass. The combination midsole/outsole is Phylon and provides plenty of responsive cushioning. It is easy to add color to simple shapes and I believe this is why the Roshe comes in so many. Before its release, the Roshe One underwent 16 changes to the outsole, and 50 to the upper. Talk about perfection. So what is Flyknit? Until three years ago, the only material options shoe manufacturers had were leather, mesh and synthetics. Cutting and sewing/gluing together these materials has worked well so far and will continue to, but that was until Flyknit came onto the scene. Flyknit is yarn that is woven into a one piece upper at the fiber level, thereby eliminating any overlays and seams, and giving engineers the ability to tune support, stiffness and breathability in any part of the shoe by using different fibers, while reducing waste material by almost 80%. All this results in durable shoes that have a sock-like fit, great airflow and have immense performance capabilities. Truly cutting edge. You can see in the above image how the weave gets tighter towards the heel counter where feet generally need more support and how it is different at the midfoot and forefoot where lateral forces act during motion. 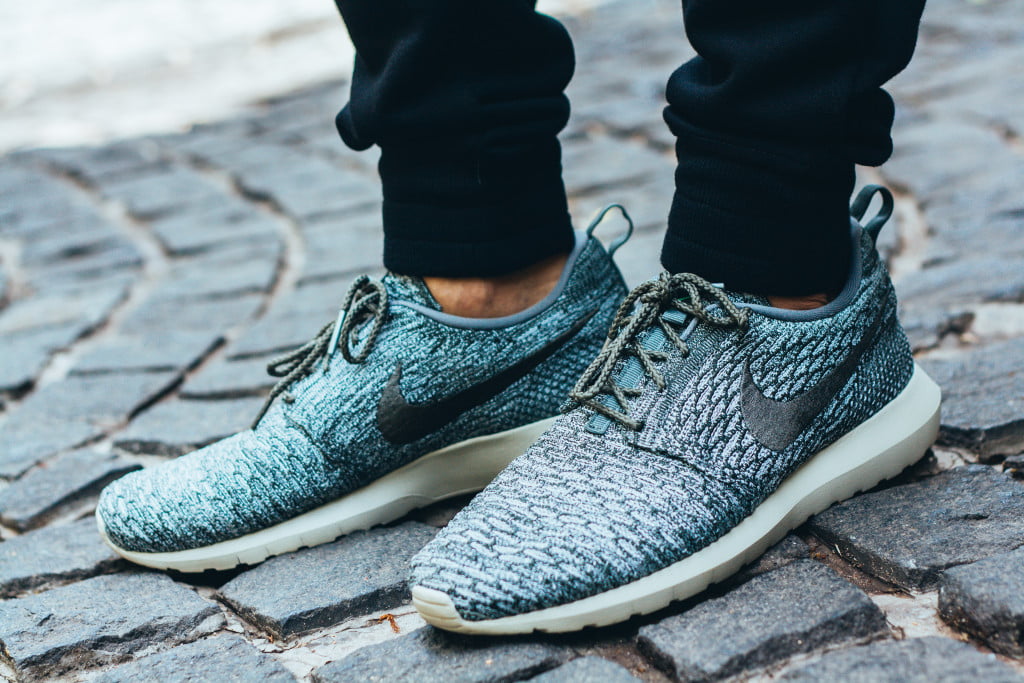 Initially, Flyknit was targeted at runners, the first shoe being the sleek Flyknit Racer. Since then, Flyknit technology has made its way into football shoes, basketball shoes and has seen lifestyle applications as well. The reason for this is because they are very comfortable and look nothing like anything else and the weave also allows the creation of some beautiful ‘multi’ colorways. In classic Nike fashion, they also managed to combine Flyknit with other tech like Flywire, Free, Air Max and Lunar, coming out with some wonderful shoes like the Lunar Flyknit Chukka, the Flyknit Air Max and the Nike Free 4.0 Flyknit. With Flyknit, Nike managed to bridge the gap between performance seeking athletes and aesthetic obsessed folk and that, is true innovation. Flyknit is the future. 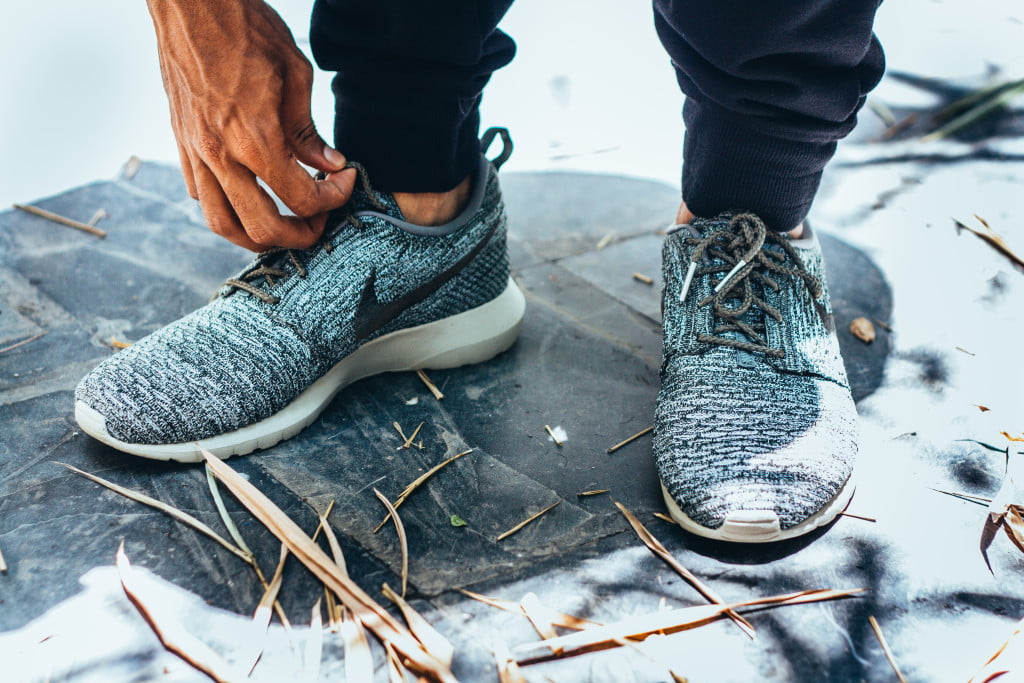 So this is what happens when a simple and minimal silhouette like the Roshe meets complex tech like Flyknit. As you can judge from the photographs, these kicks look dope and feel great to walk around in. So great that I don’t even feel that they are on, no feeling of extra weight on my feet, no squishy ride, just feels like my feet. Perfect. That pull tab at the back is very functional and so are the metal aglets (shoelace tips), a nice additional detail. They run about half a size large, so be sure to size down when buying these. And damn I should get into hand modelling. 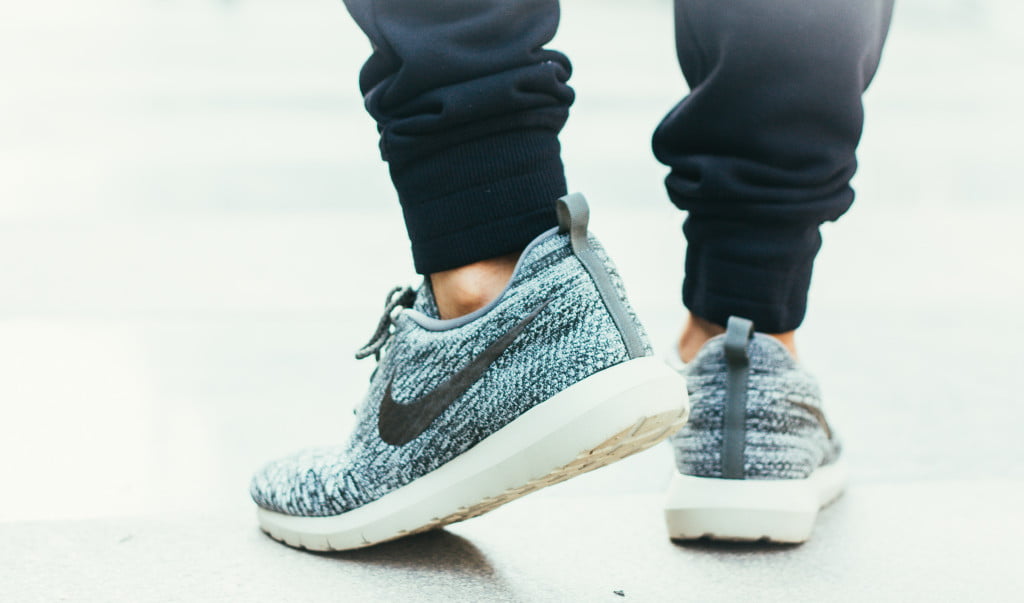 Thank you Nike India for sending me this pair to write about.

The Nike Roshe One Flyknit is available exclusively on Myntra.com. 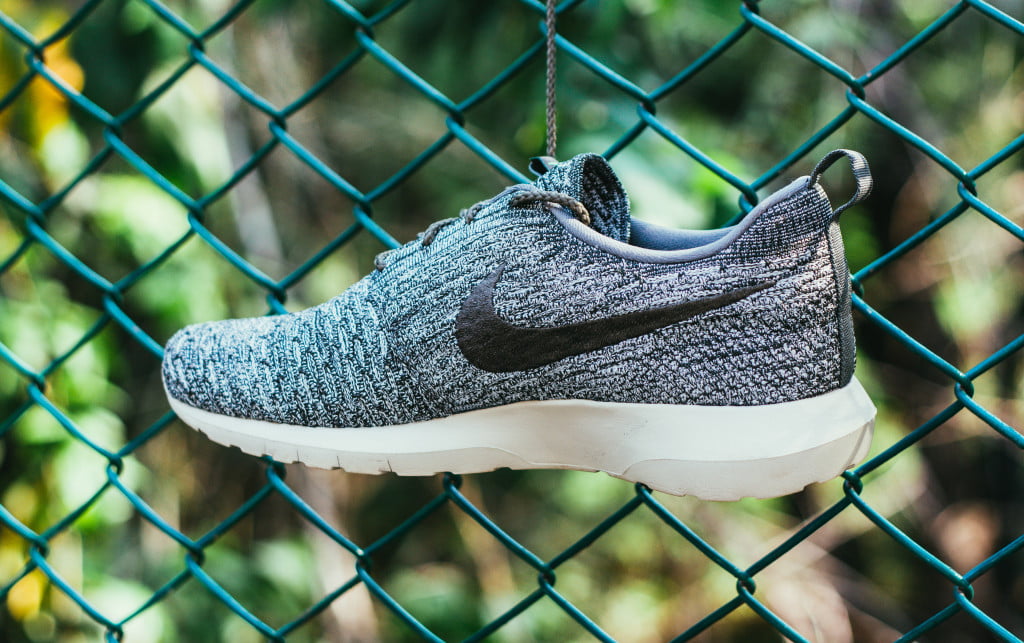