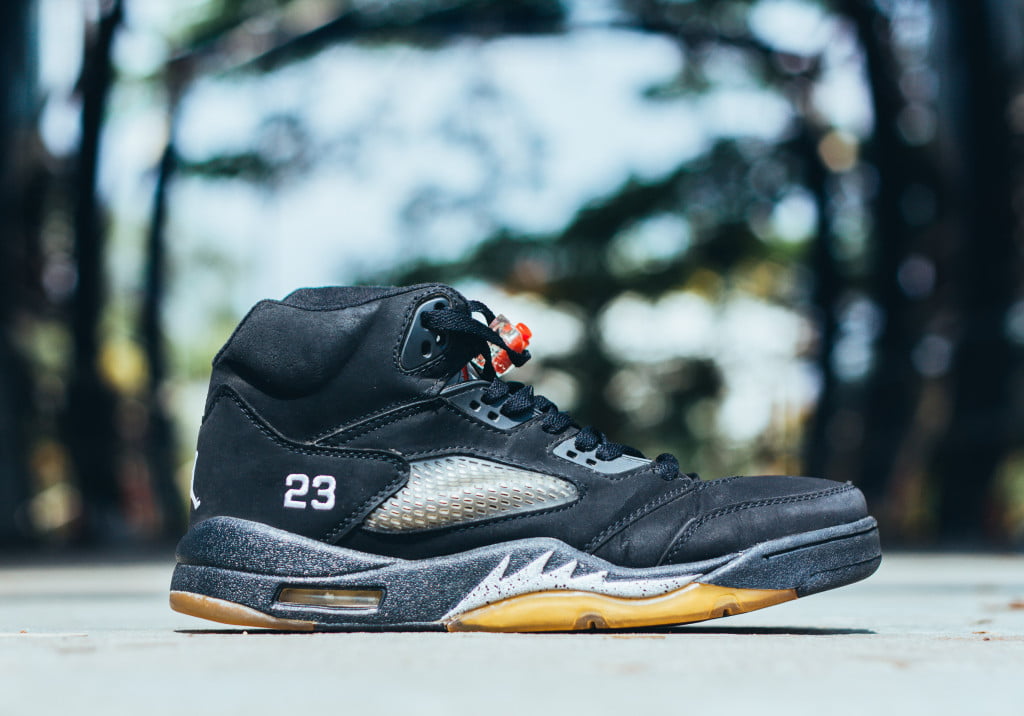 The Air Jordan V. Designers find inspiration in the oddest of places. Legendary sneaker designer Tinker Hatfield sought inspiration from the US Air Force’s WWII fighter, the P51 Mustang, while creating this masterpiece twenty five years ago. You cannot mistake the shark teeth design on the side for anything else. Comparing Micheal Jordan to a fighter plane is quite apt I think, looking at the way he performed in the 89-90 NBA season, setting the best record that the Bulls had since Jordan joined the team as well as a franchise best record at 55-27, under new coach Phil Jackson. Jordan also hit his personal best of 69 points against Cleveland, took home the scoring title, and was All-Star, First Team, and All-Defense. 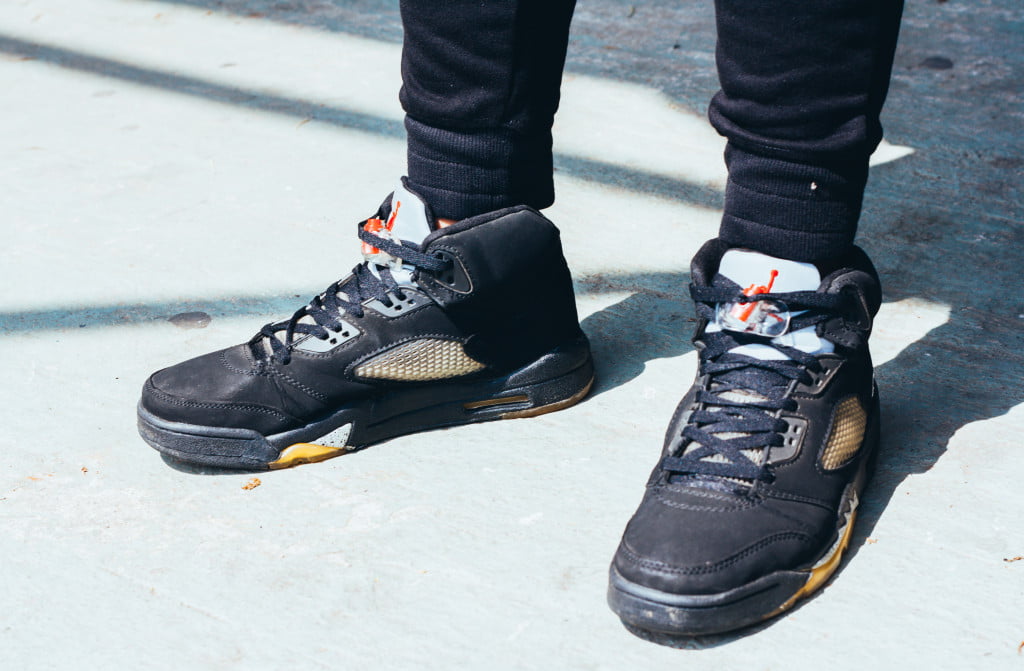 For a player who was pushing boundaries every single game, the shoe he wore had to match up too. The AJ5 featured Air bags in the forefoot and heel, over which was a translucent sole with a herringbone traction pattern, which I feel is the best pattern for performance, even today. This shoe was the first to feature a translucent sole, which has appeared in countless other models since. On older retros, like the one you see here, the sole turns yellow with time, an issue that was solved in later re-issues. To match Jordan’s spectacular personality, Tinker also gave the shoe a 3M tongue, which was meant to catch light from the arena lights and strobes, dazzling onlookers as Jordan did with his moves and making sure that all eyes would be on the two time Slam Dunk champ. 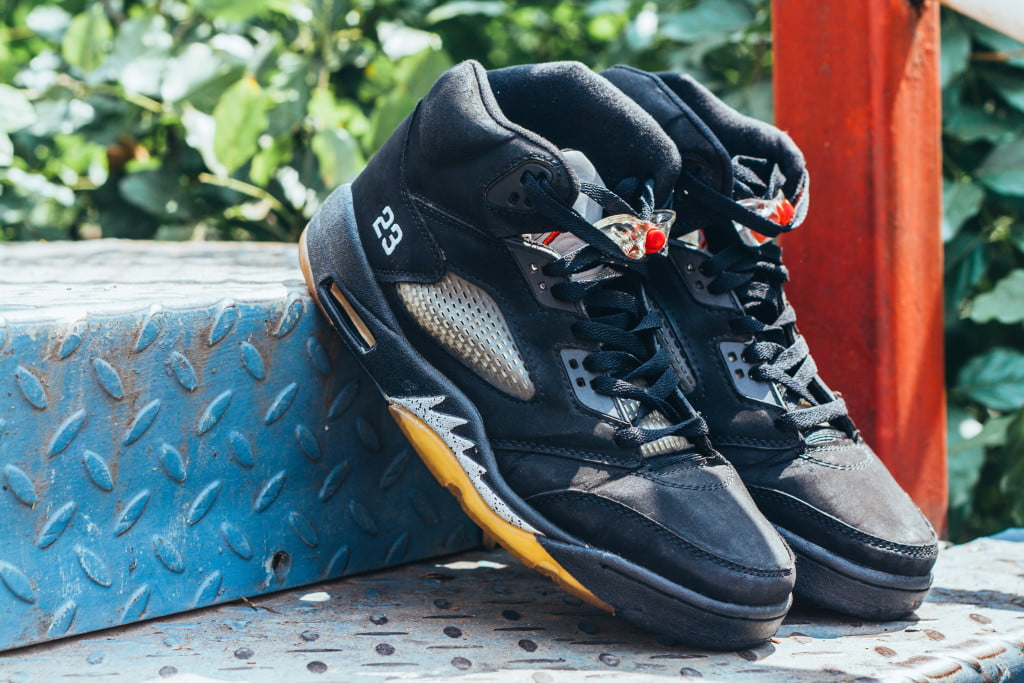 Lace locks and multiple options for lacing, along with the asymmetrical ankle collars ensure great midfoot lockdown while the mesh panels on the sides and the tongue, reminiscent of the Air Jordan III’s, took care of ventilation. The Black/Metallic silver colorway seen here was the first retro of the new millennium and was the final retro to feature ‘Nike Air’ branding on the heel. The OG shoes did not come with the ’23’ on the sides. This was a Jordan-exclusive feature until it was introduced in a later re-issue. Another interesting thing to note is that this shoe appeared in a lot of the sitcoms of the time, including Seinfeld, and The Fresh Prince of Bel Air. In fact it also appeared on the Fresh Prince starting credit song, and made more appearances than any other shoe on that show (yes there are people who count these things), that Nike released a Bel-Air colorway, that was well, fresh as hell. 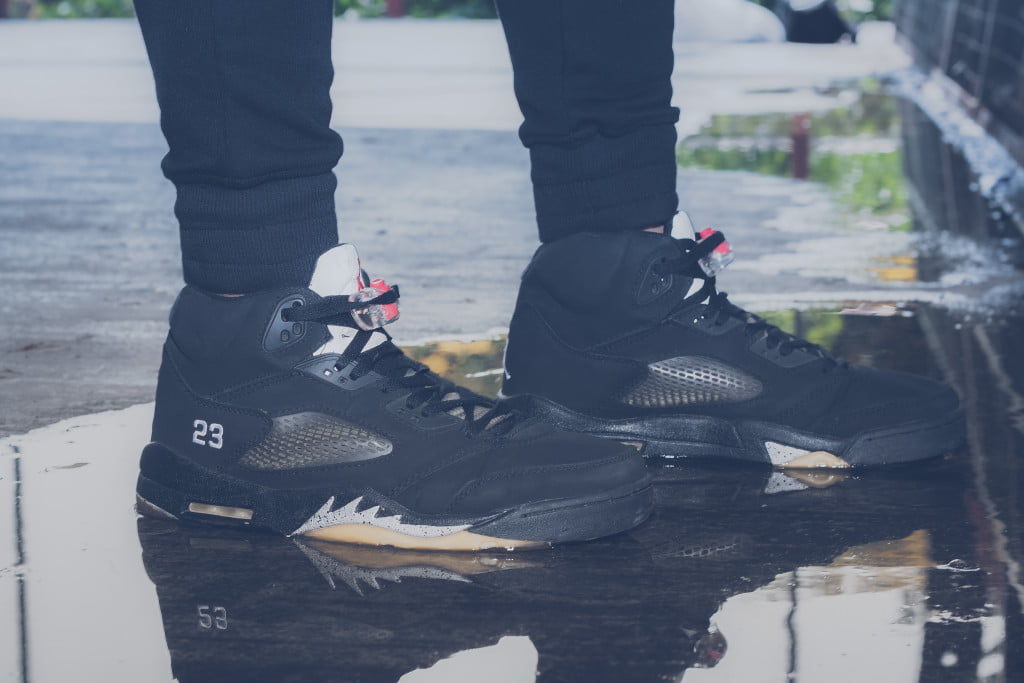 So what is my favorite colorway of the V’s? Without a doubt, the ‘Tokyo’ colorway. Few shoes ever look good in yellow. Also, being an exclusive, few shoes ever made it outside of Japan. Ah grails. Tinker Hatfield was not going for a subtle look with this shoe and boy did he succeed.