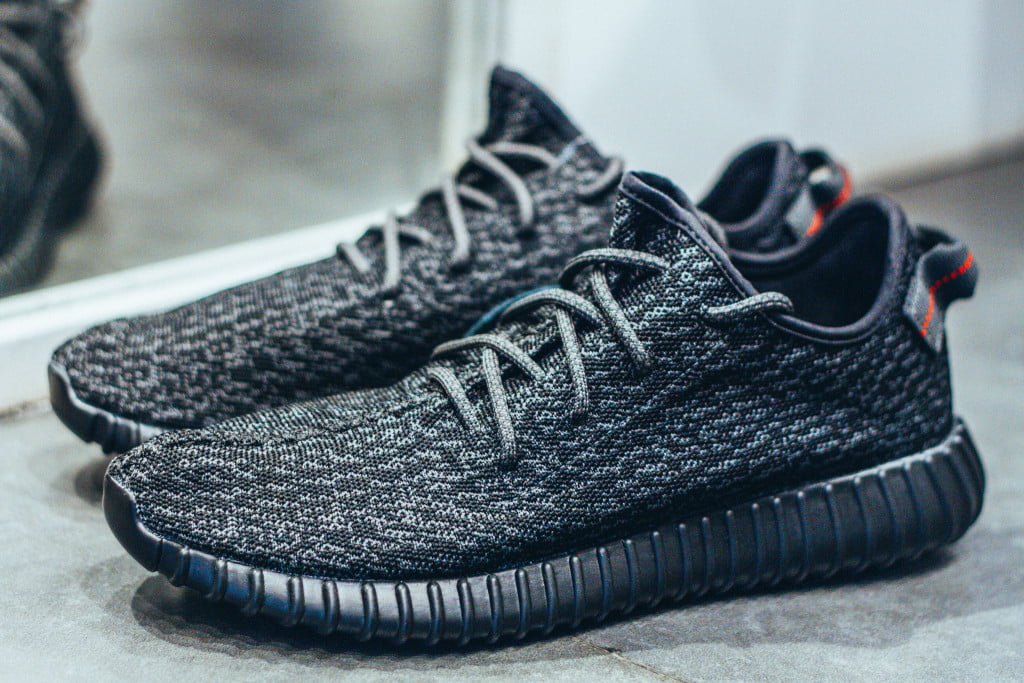 My first time at a sneaker launch event and it happens to a Yeezy drop. What are the odds? Ten lucky people who won an in-store lottery, each walked away with a pair of these today in Bangalore, India, paying the equivalent of 240 USD.

Yes. Sneakerheads exist here too. Read on to find out more about the shoe and the launch event.

The Yeezy Boost 350 is Kanye West’s second silhouette with Adidas Originals since he joined the brand in 2014 after leaving Nike for a better deal and more royalties. Kanye did some great things at Nike, creating shoes like the infamous Red October Yeezy 2’s. His first silhouette with Adidas was the much loved (and hated), Yeezy 750 Boost which released in February this year, followed by the initial colorway of the Yeezy Boost 350 in June. Today’s release is the  ‘Black’ colorway of the latter shoe. 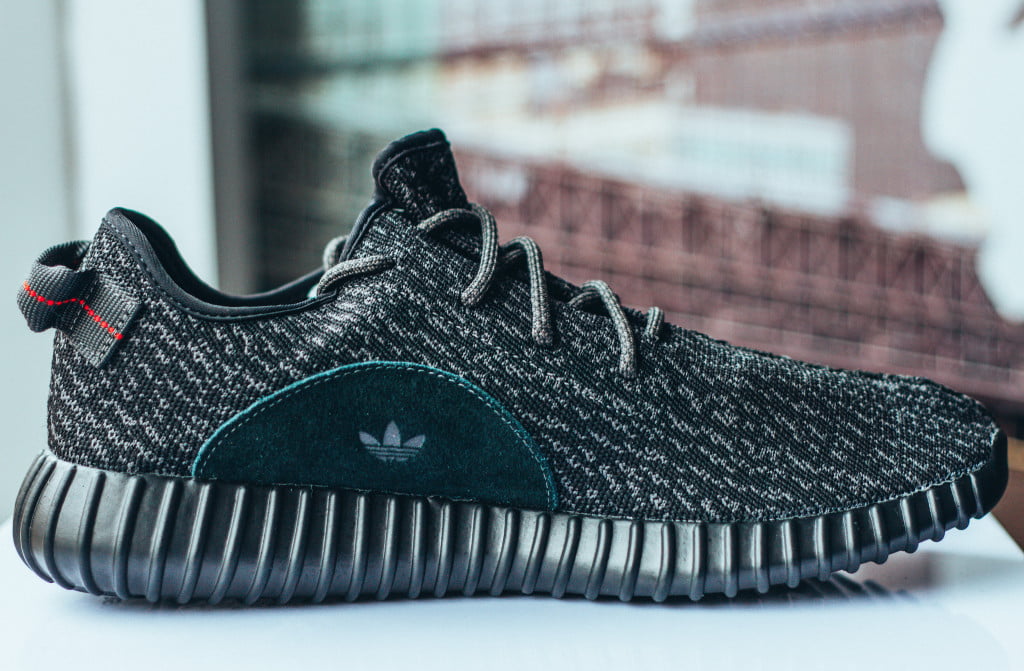 The 350 is a low top moccasin style sneaker with a one piece Primeknit upper finished with thick black rope laces. Primeknit uppers are digitally knit from fused yarn, allowing makers to fine tune the amout of flexibility and support needed in every part of the shoe. This also means lightweight, breathable and comfy shoes and a massive reduction in waste material. A premium suede patch on the medial side, embossed with the Trefoil logo and the YZY logo on either side, provides arch support. 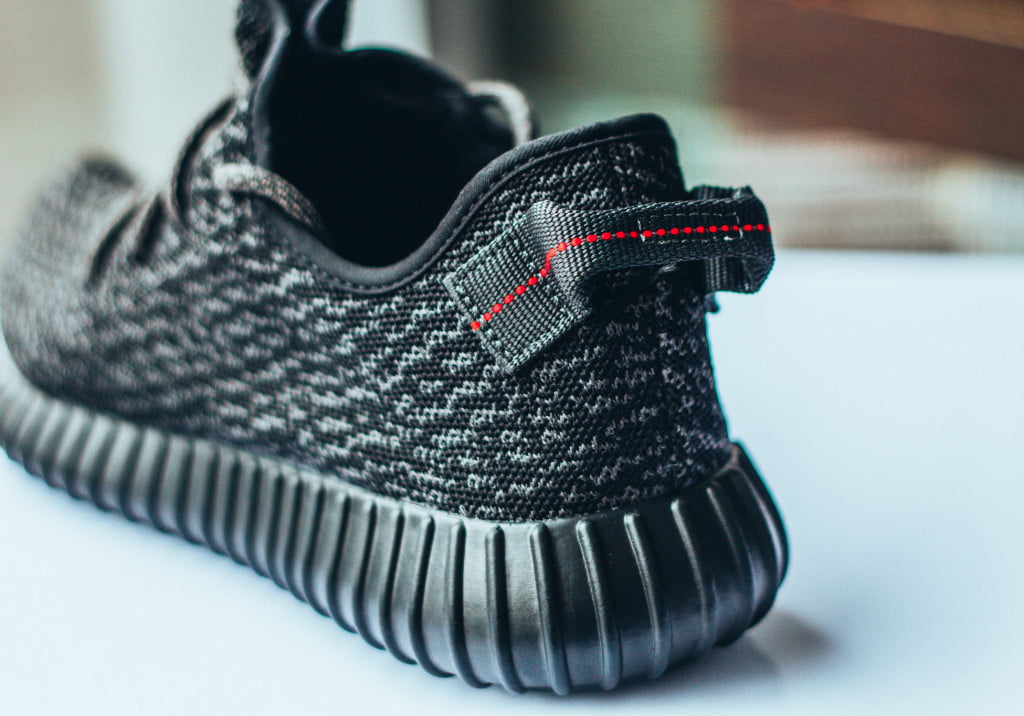 My favorite aesthetic touch on the shoe is the thin red contrast stitch on the canvas heel tab, which provides some much needed contrast to the melange upper. 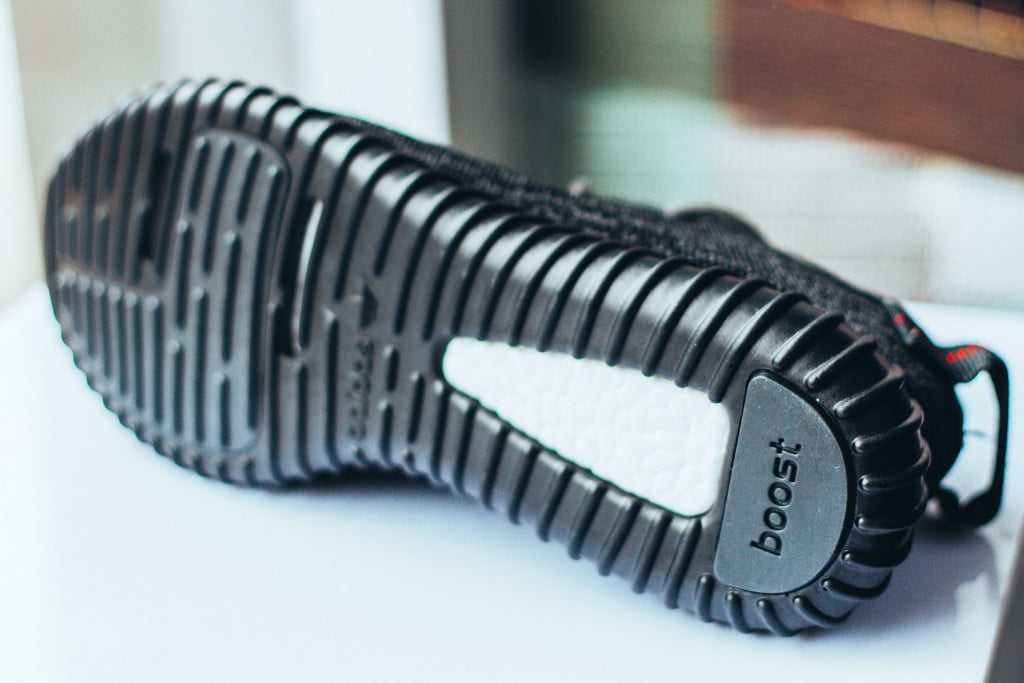 The most functional part of this shoe is the full length ‘boost’ sole which sits inside the flat black tubular-esque midsole. Adidas claims that boost soles provide the best energy return of any foam cushioning setup in the industry, in any weather, and without losing it’s properties over time. After being put to good use on performance models like the D. Rose 5, it’s been incorporated into the Yeezy line as well. All this just means that the 350 Boost is hella comfy. 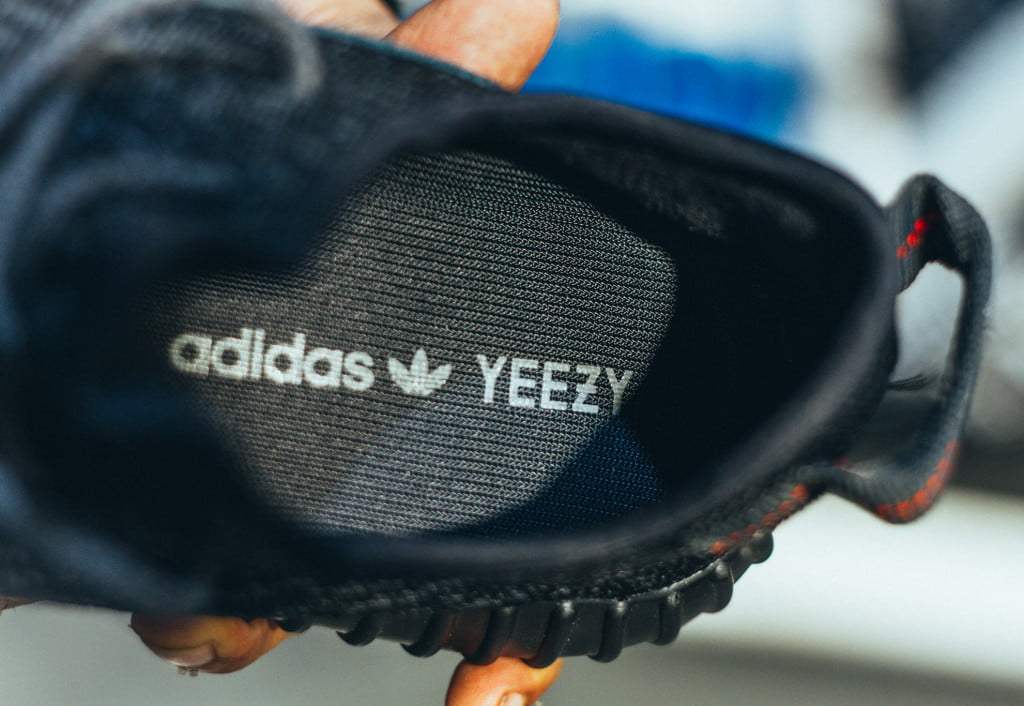 An antimicrobial sockliner cover with the Adidas and Yeezy logos sits inside the shoe, which is also lined entirely with clarino, to prevent any slip. 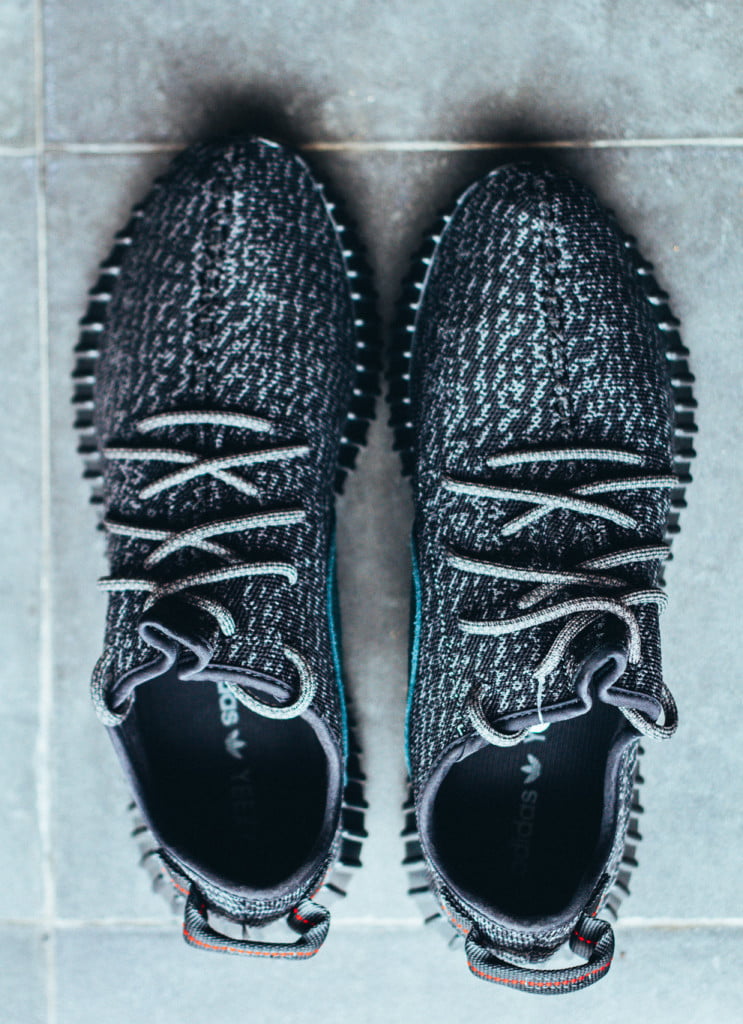 From the top, you can see the sonic welded seam tape go down the middle of the upper. 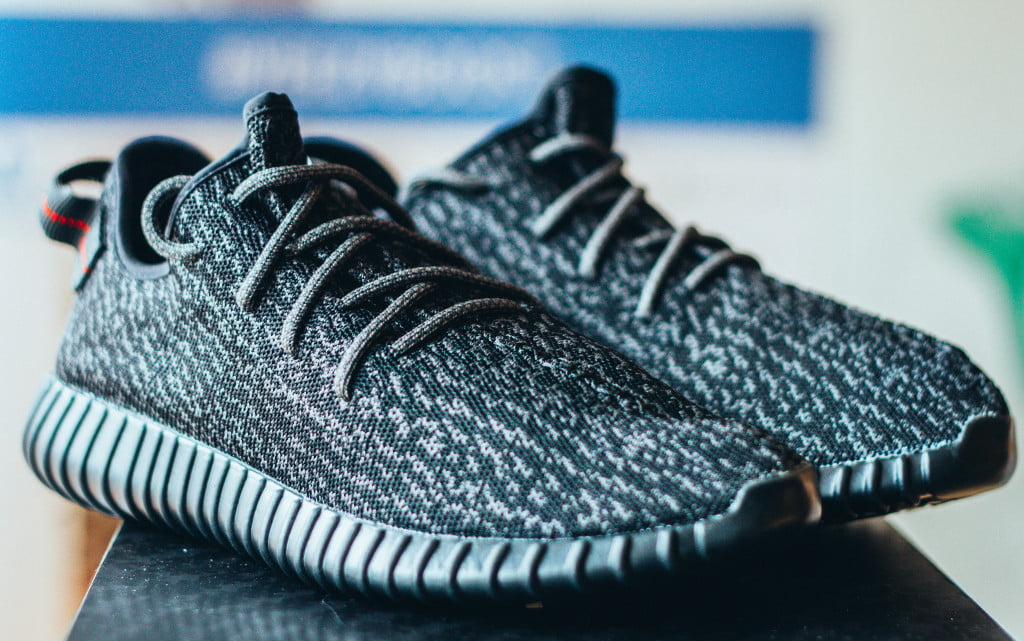 I think this shoe, and the acquisition of Kanye West as a designer, are both major wins for Adidas in the battle for worldwide sneaker sales. Mr. West isn’t one to shy away from doing something completely new, and I can’t wait to see what he comes up with next.

Enough about the sneaker, let’s look at how the Bangalore launch went down at the Brigade Rd store. 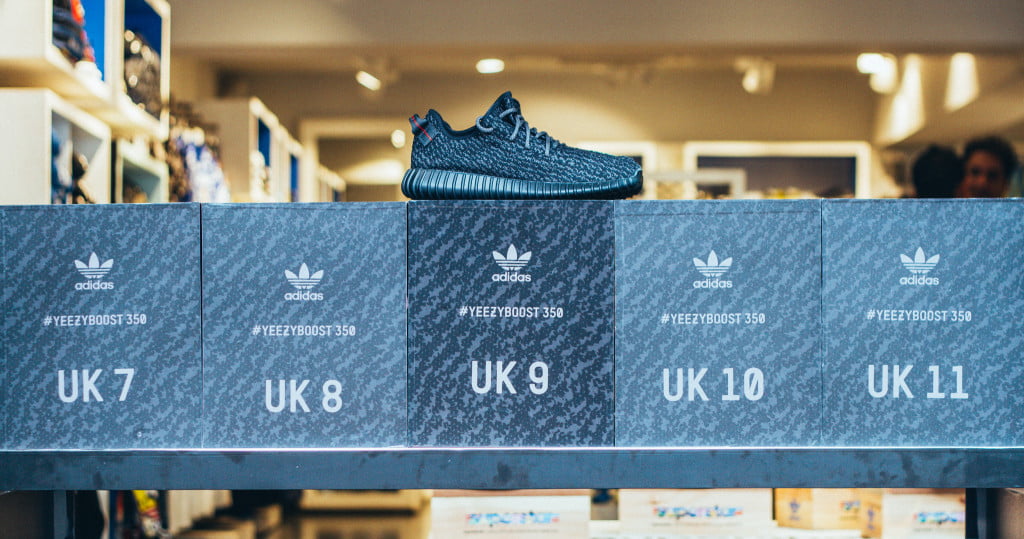 Interested customers had to register for the sale first and then show up for an in-store lottery separated by sizes as there were only 10 units available in total. Although there wasn’t a massive line or any rioting at all, a small crowd had gathered inside the store around launch time. The raffle draw took place and the winners walked away with their shoes and some goodies from Adidas. An extremely quiet affair overall, a far cry from such things in other parts of the world. 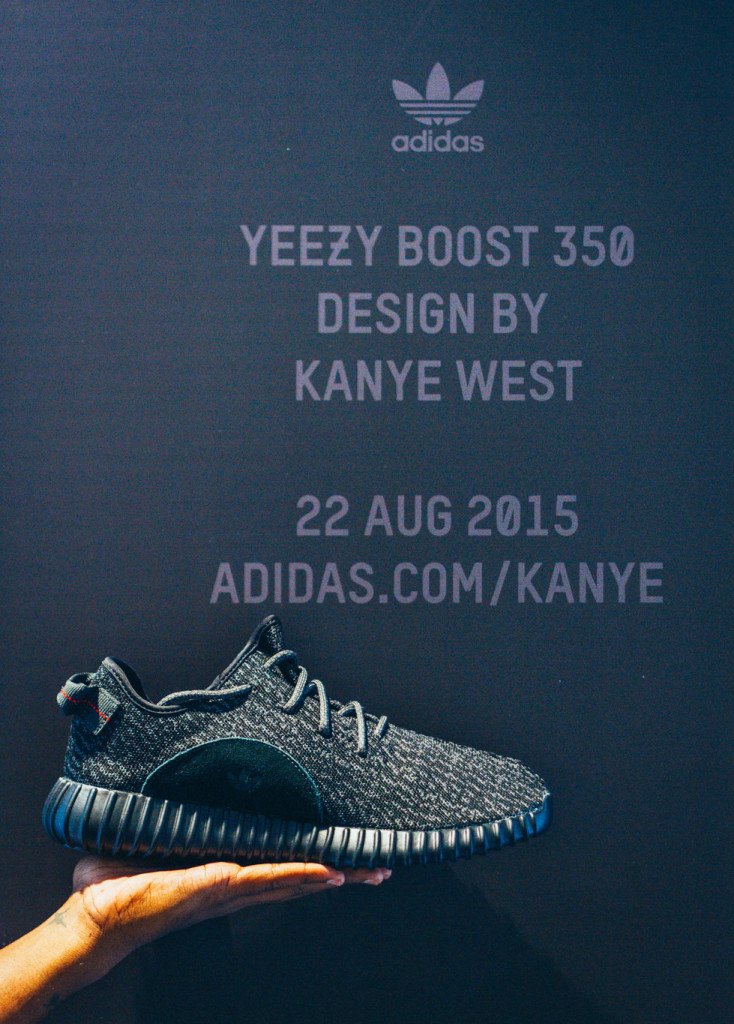 I managed to speak to the first few people who entered the store this morning and got some interviews done. Sneakerheads in India, rejoice, there are more out there. 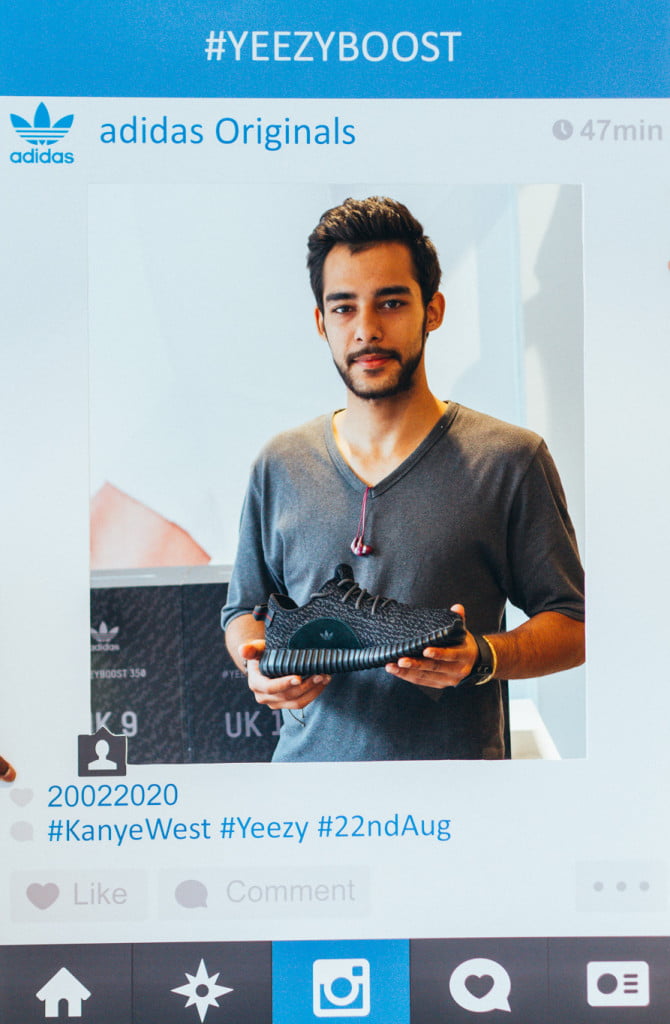 Anirudh came all the way from Dehradun, a city about 1,500 miles away, to get himself a pair of 350’s. Nothing but respect for this guy here. He loves his Platinum Yeezy 2’s which he looks at every morning. Sadly, this guy was unable to pick up a pair as there were only two pairs in a size 10. And this, is the bad side of sneaker exclusivity. I sure hope he finds a pair online. Next to roll in was Manish, who owns about thirty pairs of sneakers among which are multiple Jordan retros and Dunks. He said that the Yeezy Boosts have great market value and are a great statement shoe. When asked about sneaker culture in India, he said that people here need to educate themselves about sneakers and stop buying knock offs.

‘I see people waiting in lines for sneaker releases in India, in the next 5 years’.

I hope so too. His favorite shoe to own would be the Macbeth Madrid. Hmm, elusive. 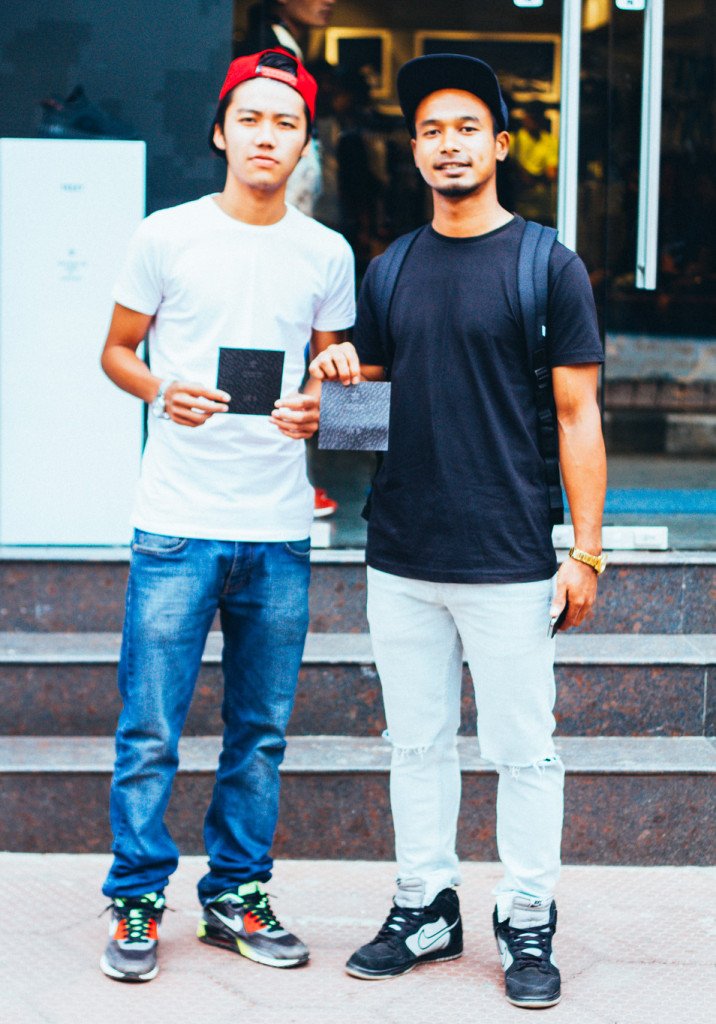 Next up were Fela and Zela (coolest names ever), a basketball playing, hip hop loving duo, who got a pair of 350 boosts each. Being ballers, they were into sneakers and collecting them. They wanted to get the Yeezy’s for their exclusivity.

‘Sneaker culture, I don’t know man. We are the second most populated country in the world, and people still aren’t into sneakers. People here buy shoes for the utility, as beaters to wear on the daily or for a specific sport. Not to collect them. Maybe in the next 5 years, this will change. Or maybe in two.’

When asked about their favorite sneaker, Jordan VI ‘Infrared’ was the answer, a quick one at that.

Though I did not buy a pair, going to this launch gave me the opportunity to meet these guys and that in itself was a very rewarding experience. Meeting other sneakerheads and talking about our favorite silhouettes, and discussing our frustrations with the insane retail prices and extremely limited availability in India, was something I never thought I’d be able to do. And this, gives me hope. Hope that someday I can wait in line in my city to buy the latest fire Supreme collab.

I leave you with photos of the kicks these guys wore to the launch. No insanely rare joints here, just classics. Enjoy. 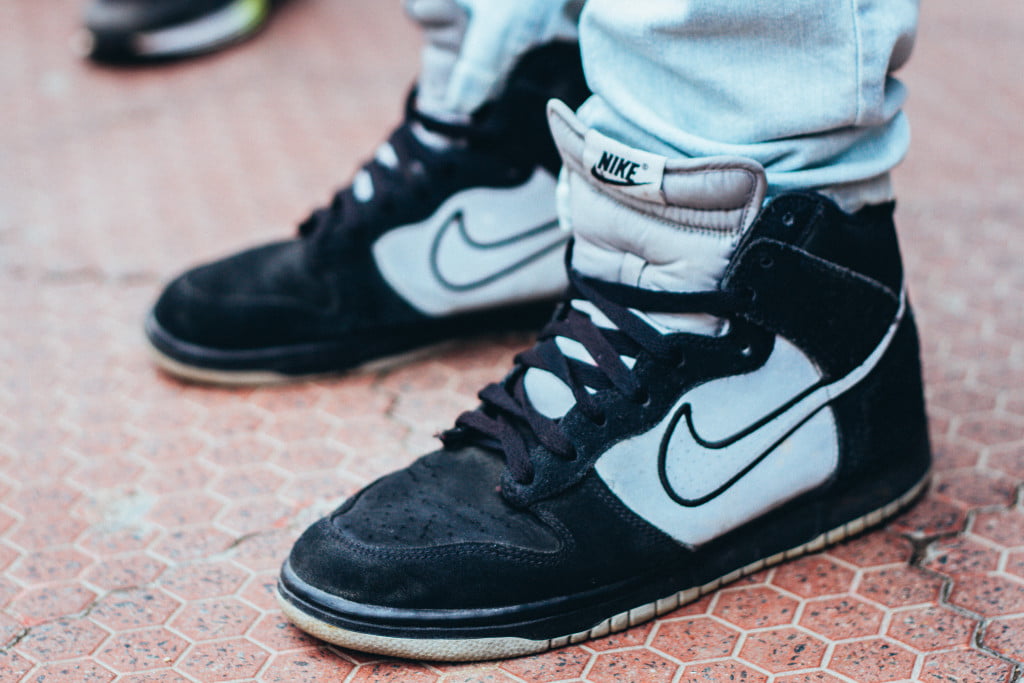 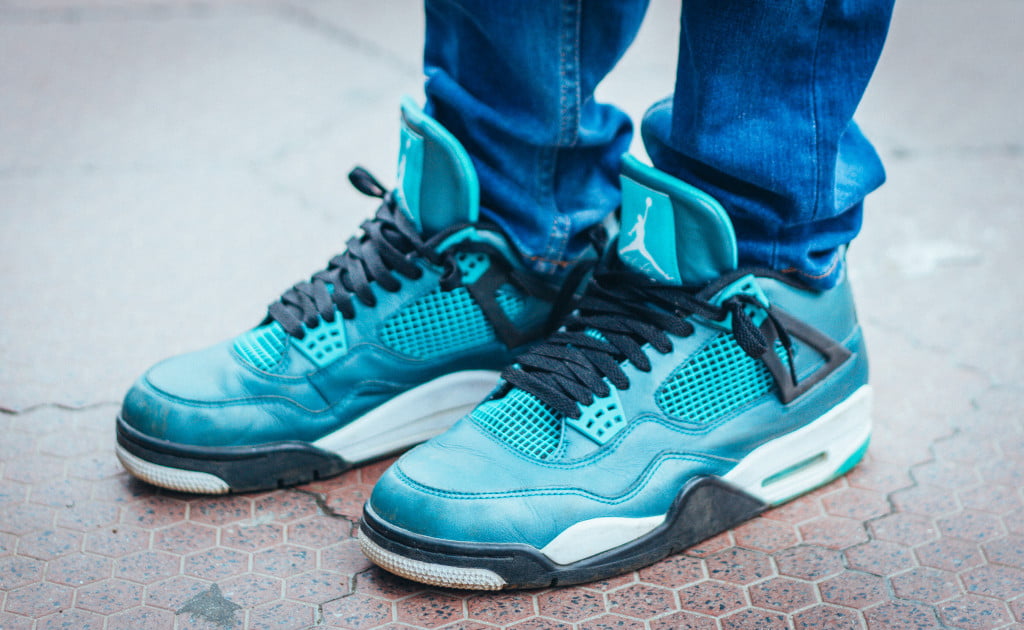 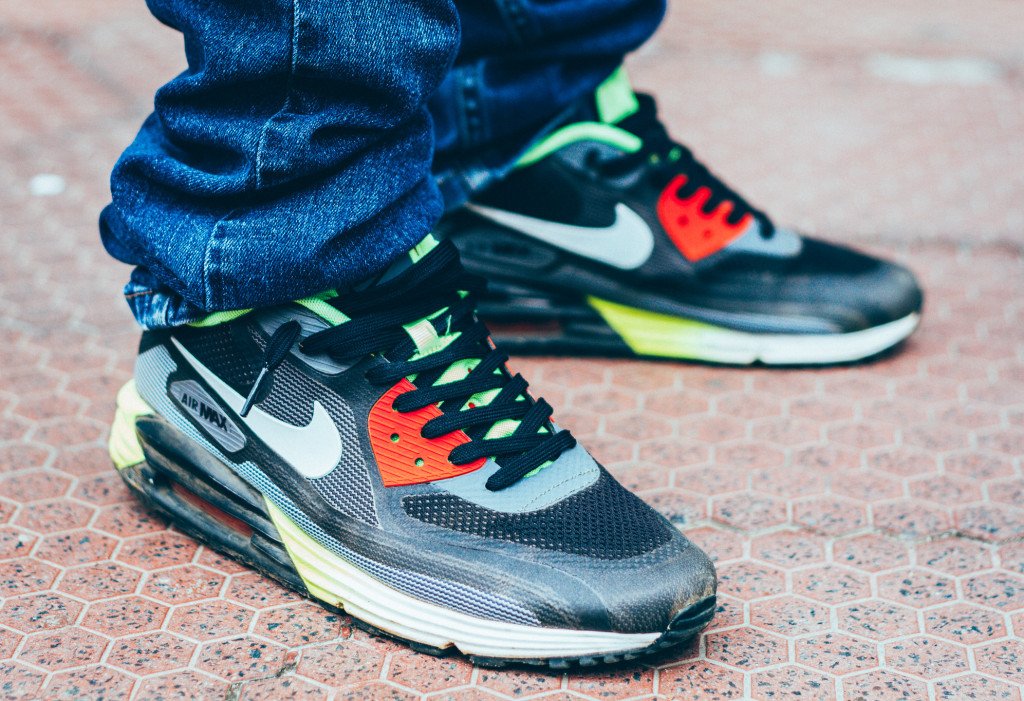